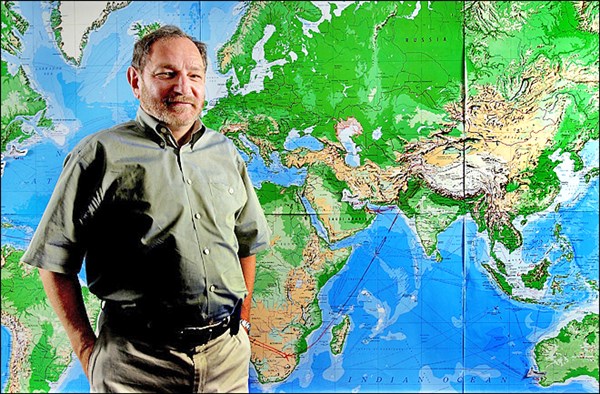 A Crucial Year Ahead for Moscow

Russia has a limited amount of time before the United States uses a detente with Iran to lighten its burden in the Middle East and turn its attention to other areas of the world, including Russia's neighborhood. Though Russia will continue trying to build leverage in the Middle East to quietly complicate U.S. plans for the region, it will not be able to stand in the way of a deal. Therefore, this year will be a crucial period during which Russia will resolve as many priority issues as it can while Washington remains preoccupied with negotiations with Tehran. However, given the array of challenges Russia faces at home and abroad, this will not be an easy task.

The tools that Russian President Vladimir Putin used to resurrect the Russian state when he came to power are growing blunt. Economic malaise will drive social unrest in Russia at a time when the state mechanisms traditionally used to manage that unrest are losing influence. Putin will be able to manage the growing instability within the Kremlin and on the streets, but in the process he will make the state more dependent on him in particular and thus more vulnerable in the long run.

Stagnant economic conditions will force Russia to confront vulnerabilities in its energy-based economy. The Russian energy sector will continue evolving from a monolithic state-run sector focused almost entirely on Europe to a more competitive, but still heavily state-influenced, sector in which more players, such as Novatek, will be able to compete with Gazprom and sell to a more diversified client base.

The Kremlin will also engage in policy changes in 2014 to bolster non-energy sectors of the economy, including the mining, metals, construction, food and auto industries. This initiative will make limited progress in the short term, but the Kremlin will loosen up restrictive investment policies in an attempt to make these sectors more attractive to potential investors. A restructuring of the economy will necessarily create more competition among the Kremlin clans and could lead to a large government reshuffle as Putin attempts to manage various factions while trying to tame a frustrated populace. With a full domestic agenda, Russia will carefully weigh where it can afford to be more assertive and where it will have to be more conciliatory in managing its foreign affairs.

Russia is nervous about the prospect of a U.S.-Iranian rapprochement but likely will not be able to stop it. Moscow will try to make the most of the situation by arguing that the U.S.-Iranian negotiation has removed the Iranian military threat and thus has rendered U.S. ballistic missile defense plans for Europe obsolete. Russia will rely on its relationship with Germany to try and build a coalition of NATO members willing to delay U.S. ballistic missile defense plans or renegotiate the contracts to integrate Russia into an expanded defense system. The United States will try to avoid a confrontation with Russia as it focuses on securing a deal with Iran, but Washington is unlikely to compromise substantially on its ballistic missile defense plans, designed in large part to balance against Russia and reinforce a U.S. military commitment to allies in Europe.

Russia will continue its commercial acquisition strategy in Central Europe, but Berlin will be more assertive on occasion in an effort to set some boundaries with Russia in Central Europe while focusing on the much bigger issue of holding the eurozone together. Berlin and Moscow will take care to maintain their bilateral relationship, but the two countries will engage in substantial bargaining over Central Europe, Ukraine and the EU energy strategy.

Moscow's relationship with Berlin will be critical in managing the two major European energy issues of 2014: the European Commission's antitrust probe into Russian energy monopoly Gazprom and the legality of Gazprom's South Stream pipeline project connecting Russia and South-Central Europe. With the upcoming turnover of European Commission members in 2014 and the array of compromises Gazprom can offer the European Union — including giving further price cuts to European customers and allowing third-party suppliers to access South Stream — the standoff between the European Union and Russia will move toward an eventual accommodation.

Moscow Consolidates Influence in Its Periphery

Russia's moves in the former Soviet periphery this year will mostly involve defending and consolidating the gains it has made thus far. With Western influence in Ukraine neutralized for now, Russia will move forward with plans to strengthen its ties to Ukraine's energy and economic sectors. This will be a politically volatile year for Ukraine in the run-up to the presidential election slated for early 2015, and protests against the president will occur periodically throughout the year. Germany and the European Union will try to maintain some influence in Ukraine through their support of opposition leaders like Vitali Klitschko, but Russia will maintain the upper hand in Ukraine overall.

Moldova and Georgia, which moved forward with EU agreements in 2013, will become a focal point of the competition for influence between the West and Russia. Russia can be expected to apply economic, security and political pressure on Moldova and Georgia to try to prevent them from following through with the agreements. Russia will probably succeed, particularly since the same fundamental obstacles that prevented Ukraine from proceeding with its EU agreements are likely to obstruct Moldova's and Georgia's plans as well.

The Baltic states will continue to make progress in their energy diversification from Russia, withLithuania's liquefied natural gas import terminal coming online in late 2014. However, the Baltics will continue to struggle to get the security commitment they seek from NATO and the United States in the face of Russia's more aggressive military posturing in the region.

Russia will maintain a strong position in all three Caucasus states this year, though the U.S.-Iranian talks will open the door for both Iran and Turkey to gradually become more active in the region. Iran will seek to increase its social and political influence in Azerbaijan, while Turkey will try to mediate talks between Armenia and Azerbaijan over Nagorno-Karabakh in an attempt to reopen relations with Armenia. However, both Turkey and Iran face too many constraints this year to make much headway in these efforts, allowing Russia to retain its predominant role in the region.

Armenia, Kyrgyzstan and Tajikistan will strengthen economic and security ties with Russia as they progress with plans to join the Customs Union, which is set to become the Eurasian Union by 2015.

Russia Turns its Attentions to Asia

As Moscow looks beyond Europe to diversify its energy clientele, Russia will expand and deepen itsrelationships in the Asia-Pacific region. Russian oil deals with Asian clients have already begun to alleviate pressure in the Russian oil sector, but this year Russia will begin construction on energy infrastructure designed to supply natural gas to Asia.

China's growing interest in Central Asia will unnerve Moscow, but Russia will avoid confrontation and prioritize securing its own large energy deals with China this year. Russia will gradually develop a counterweight to China at the same time through its warming relationships with Japan and South Korea.

The Russian-Japanese relationship will be particularly important in 2014 as both states make concrete moves to negotiate a peace treaty and ease territorial tensions. This will pave the way for large deals involving security cooperation, Russian energy exports to Japan and Japanese investment in Russia.

The U.S. drawdown in Afghanistan and the resulting gradual outflow of militants will exacerbate an already tense security environment in Central Asia. Security deterioration in Central Asia will be incremental rather than a sudden and significant destabilization. Border tensions and violence among Uzbekistan, Kyrgyzstan and Tajikistan will continue to pose a threat in the region. Kazakhstan and Uzbekistan both face uncertainties regarding presidential successions, but political friction will build in Uzbekistan in particular as the competing clans struggle this year in preparation for the eventual transition.